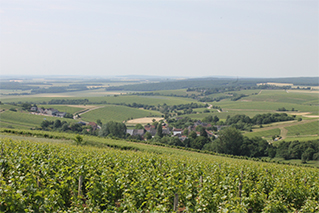 A bit of history

In 1962 Marthe Durand, helped by her son Raymond Durand, harvested for the first time. Despite the hard work that is the world of vines and wines, the Durand family grew their business to a total of 43 hectares.

Jean-Marie Durand joined his father to consolidate their business in 1985. The company grew in 1933 with the addition of vines from his wife Béatrice Millérioux. In 2011 their son Jean-Charles joined the family domaine.

The vineyards are composed of 33 hectares of vines in the Sancerrois and 10 hectares in the appellation of Menetou-Salon. They are situated in the commune of Crézancy-en-Sancerre, in the lieu-dit of "Les Epsailles", 7 km from Sancerre.

The Domaine Durand is passionate about growing its vines with minimum intervention to ensure the utmost respect for the environment. Our wines are made with great care in-situ – from harvest to bottling and sales, we have established a good reputation.